Center for
Risk- and Crises-Management

This competence center sees itself as an interdisciplinary platform to interrelate the topics of sociology, psychology, technology and innovation in a holistic manner and to make the resulting paradigms realistically implementable.

The challenges facing the world today far outweigh the impact of the invention of telephony. Digitization will fundamentally change society, the economy and politics. Predictions are difficult. Too many imponderables can have drastic consequences.

But today the course is being set. Countless scientists and researchers rack their brains over who would have to apply and activate which levers, when and where, in order to steer development in an orderly direction – for the benefit of future humanity.

These challenges and related questions are:

Which strategies do we develop as humans to coexist next to a highly intelligent collective and not to become “slaves” to it.

How does education for a digitized world have to be redefined in harmony between technology and humanity, how can this be implemented for the benefit of a digitized society with a high quality of life

How can this development be psychologically and sociologically founded in order to avoid social conflicts on the way to this new era.

How can a resulting educational fatigue be prevented in order to maintain our emotionally chaotic ability to innovate in our species.

In the worldwide Delphi study “Work 2050” (2016), organizations and foundations of the “Millennium Project” dealt intensively with the prospects and consequences of the new technologies; the 2019 update develops three scenarios from new survey results to show possible developments:

Scenario 1: Almost everything will be fine.
Towards the year 2050, the transition to an economy of self-actualization and self-actualization begins. A historically unique change – away from human work and human know-how towards machine work and knowledge. Mankind is freed from having to work for bread and self-respect. A sustainable global economy provides the basic needs of almost all people and a high standard of living for most. This is made possible on the one hand by the nationwide introduction of an unconditional basic income, financed by taxes on financial transactions, environmental pollution, robots and new technologies, and by the closure of tax havens.

The “Great Brain Race”, the battle between the universities for the brightest minds for their research institutes, will create the basis for the development of human-like artificial intelligence from 2020. In addition, from 2030 there will be the introduction of quantum computers in the cloud. Technologization increases unemployment; Independence is generally desirable. About one billion people find this transition phase much more difficult than the rest. However, the introduction of various forms of basic income prevents the feared social unrest. Innovations in aging research are leading to the slow disappearance of the concept of retirement worldwide.

The “selfish” economic policies of the early 21st century, with their focus on arbitrary and wanton initiated conflicts, are taken completely by surprise by the pace at which new technologies are destroying jobs and businesses around 2030. Although decision-makers have been aware of this problem since the mid-2010s, the formation of local and global political camps is deteriorating worldwide to an extent that makes a constructive discourse on economic policy impossible from the mid-2020s. Disparities in wealth and concentration of wealth continue to increase. Fewer and fewer people are needed to provide services or produce goods. You only listen to your own Internet community, which confirms attitudes and prejudices. Important decisions are postponed year after year, and education, the economy and social cohesion suffer as a result.

Motivated by this study, the competence center aims to enable psychological, sociological, ethical and economic bridge building in order to accelerate cooperation between the development of new social, technological and economic models and to synchronize the different motives and working methods of the individual disciplines and to achieve efficient harmony.

The tasks of the competence center are: 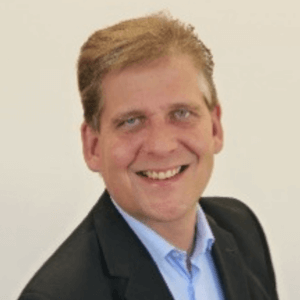 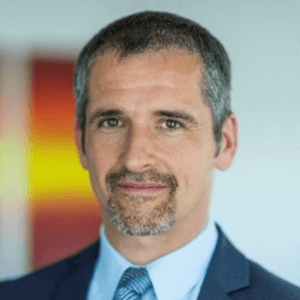 Member of the Competence Center

The Cyber Smart Economy Conference 2022 was postponed to October 20th 2022, due to the current Corona- related situation in the D-A-CH region and under consideration for our guests and speakers.

Stay healthy and we look forward to welcoming you on October 20th 2022!